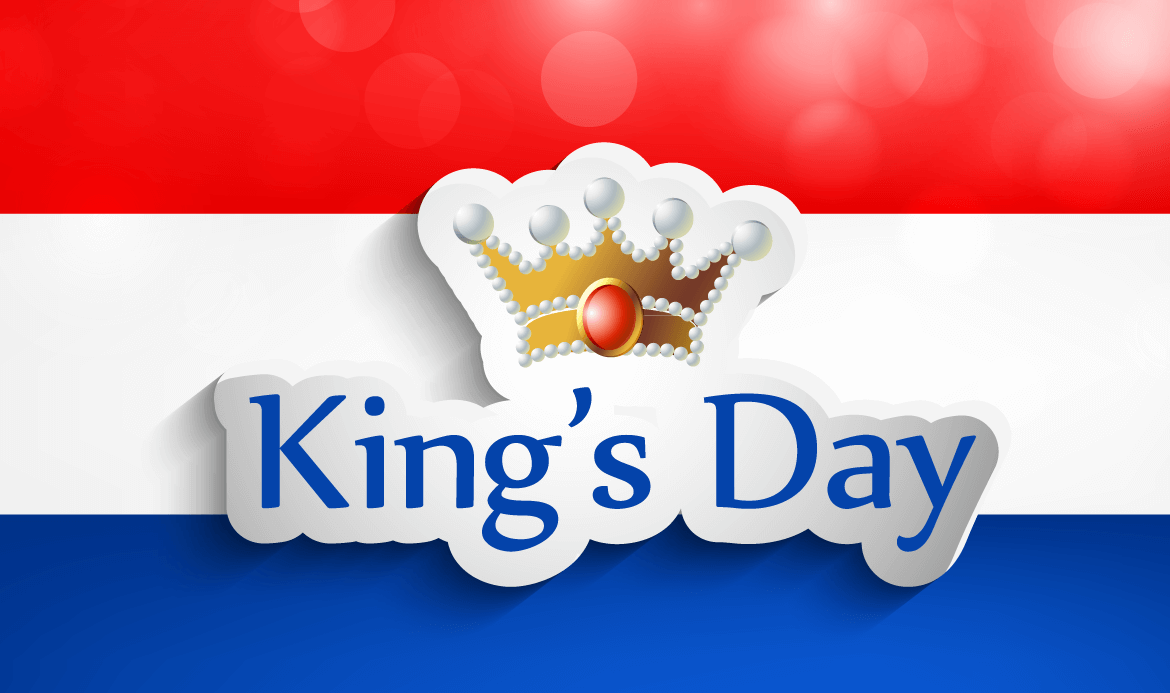 Koningsdag (King’s Day, formerly Queen’s Day) is a day that’s not to be missed in the Netherlands. Historically speaking, this holiday honoured Queen Beatrix (though it was held on the birth date of Queen Juliana, her mother). However, after the abdication of the Queen in 2013, the day now honours her son Willem-Alexander and was renamed King’s Day. Though birthday celebrations for royalty are meant to involve high tea and sober, polite conversations, the Dutch prefer a wonderful madhouse celebration and a rollicking party! Orange is worn to show pride for the Dutch royal family – the House of Orange-Nassau. The colour is ubiquitous on the day and everything and everyone turns orange in celebration!

The streets burst with orange as it hosts everything from street carnivals, singing, dancing, live music setups and an open-air free market known as ‘vrijmarkt’. One can see orange banners, orange delicacies and orange-clad revelers celebrating everything distinctly Dutch. The canals of Amsterdam are flooded in a sea of orange with thousands of brightly decorated party boats. For those with a sweet tooth, the day is incomplete without sampling the local ‘tompouce’, a sweet pastry with orange icing and sipping down ‘oranjebitter’, a popular drink on the day, made with orange peels soaked in ‘jenever’ (a type of gin) that is a bright fluorescent orange!

This nationwide holiday in Amsterdam is one day when people not just let their hair down but also dye it orange! The atmosphere is electrifying and it’s not just the locals but also the tourists who immensely enjoy the merriment. If you happen to be anywhere in the Netherlands around the last week of April, do not dare skip this street party.

To really fit in, join the crowds with orange wigs and face singing the anthem for the day, “Het Wilhelmus,” a poem written in 1574 that describes the life of William of Orange and his fight for the Dutch people. It won’t be wrong to say that it is the wildest day of the year there!