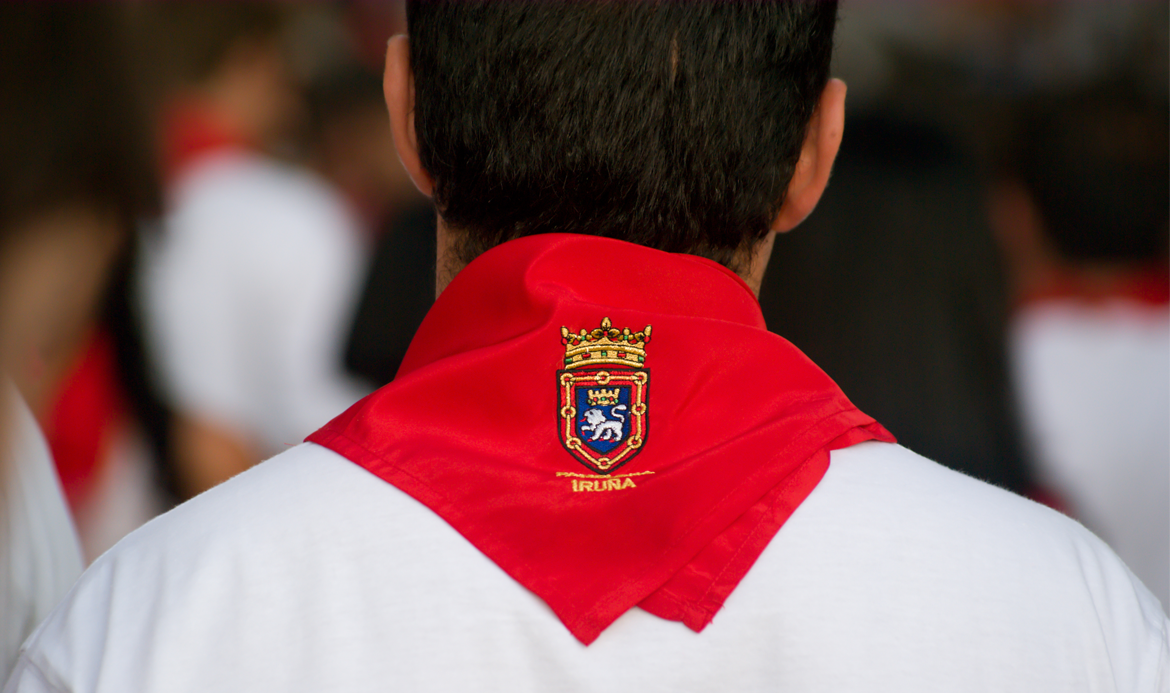 Society’s always been about the survival of the fittest, but none of our efforts showcase this in a more theatrical and dramatic way than the Spanish Fiesta de San Fermín in Pamplona.

What is it?
The fiesta began as a way to honour Saint Fermin, who was the first bishop of Pamplona. The story goes that Saint Fermin was dragged to his death on the same streets of Pamplona by bulls. The festivities begin on 6th July and carry on till the 14th. Each day includes a bull-race, parades, feasts, a traditional bull-fight and fireworks. The day begins at noon with spectators crowding around the cordoned off area, ready to cheer on the participants. Gun shots/rockets indicate the entry of the bulls into the alley and with that begins the mad dash of hundreds of men to the finish line. The race itself is a half-mile course down a narrow, winding cobblestone road that takes you to the bullring.

Why does it happen?
The fiesta originated in the 14th century when the local herders would have to run with the bulls to herd them from the pen to the bull-ring. Over the years, this translated into a show of bravado and manliness which led to young men trying to outrun the bulls instead. The first of these races took place on the 7th of July in 1591. The atmosphere is exhilarating with the crowds chanting “Viva San Fermín! Gora San Fermín!”

Who takes part?
It is mostly young men between ages 18 and 30 who take part in this race. These adventurous individuals are called “mozos”. While they can wear any colour, red and white are the unofficial colours of the festival. The mozos wear white dress shirts and pants with red bandanas tied around their necks. The combination of red and white is worn to honour the saint of San Fermin or honour the butchers who supposedly started the tradition, according to different explanations. The colour red is definitely not chosen to agitate the bull since bulls are colour-blind!

The Scenario Now
The festival started off as a small, low-key fiesta. The local youth would save up all year to be able to afford to watch the bull-fights and races and buy some churros to go with their brandy. But as more foreigners started visiting, the tone of the festival evolved accordingly. Apart from the daily events already mentioned, there are also events restricted to just one day, such as the Chupinazo, Saint Fermin procession, El Struendo and Pobre de mí which signifies the end of the festival with midnight fireworks and the singing of “Poor Me” in the candlelight followed by people removing their red handkerchief.