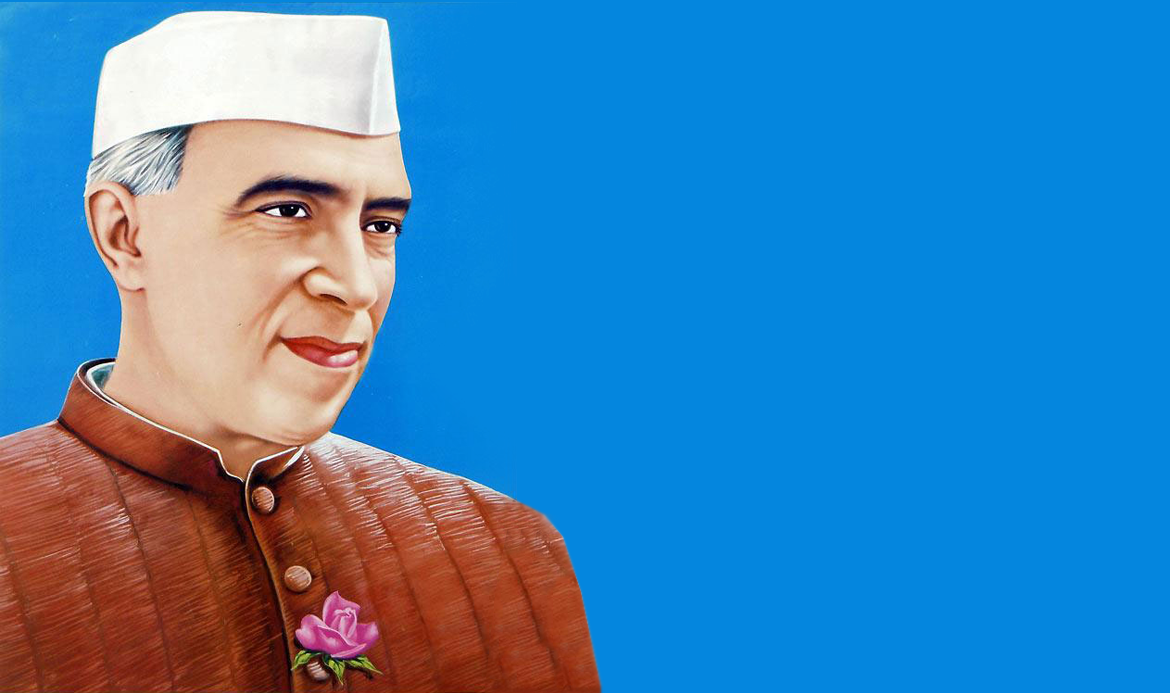 Jawaharlal Nehru was not only the first prime minister of India and the designer of its contemporary society. He also significantly impacted the demonization of European imperialism and gave voice to those in Asia and Africa fighting for racial equality and self-determination.
Nehru was born in 1889 into money and privilege, making him an unlikely revolutionary. His father, Motilal Nehru, a Kashmiri of high caste and a prosperous lawyer, was able to pay for the best education the British system could provide for young Jawaharlal. Nehru, too became a lawyer after attending Cambridge University and Harrow School, and he could have easily become used to a luxurious life.
Instead, the mysterious Mahatma Gandhi pulled Nehru into the fight against British authority in India. He wore hand-spun cotton for the next 25 years, served lengthy prison sentences, and never stopped advocating for the cause of pride among FLAGS OF THE WORLD.
In India, the 14th of November, Jawaharlal Nehru or Chacha Nehru’s birthday, is observed as Children’s Day. Because of his kind heart and great compassion for the little ones, this day was chosen over all others to celebrate children. We are all aware of the wonderful person and outstanding leader he was, as well as how incredibly caring he was.

Political Apprenticeship
The autobiography of Nehru revealed his intense interest in Indian politics when he was away at college. Their shared enthusiasm for India’s freedom can be seen in his letters to his father over the same time frame. However, none of them had any concrete ideas about how independence should be obtained until they met Mahatma Gandhi and were persuaded to join his political movement. The two Nehrus were captivated by Gandhi’s insistence on doing an action. Gandhi argued that a wrong should be opposed in addition to being condemned.
In the past, Nehru and his father expressed disdain for most Indian politicians, with a few notable exceptions, whose nationalism consisted of protracted speeches and wordy resolutions. Gandhi’s insistence on opposing British authority in India without fear or hatred also appealed to Jawaharlal Nehru.
Jawaharlal Nehru Lead the Nationalist movement (1912–1938)

Britain and return to India 1912-1913
Nehru initially made an effort to settle down as a lawyer upon his return to India. He didn’t enjoy the legal profession or being among other lawyers, unlike his father, who had only a passing interest in it. He may be characterised at the time, like many of his generations, as an innate nationalist who wished for the liberation of his country but, like most of his colleagues, had not developed any specific theories on how it could be accomplished.
In the past, Nehru and his father expressed disdain for most Indian politicians, with a few notable exceptions, whose nationalism consisted of protracted speeches and wordy resolutions. Gandhi’s insistence on opposing British authority in India without fear or hatred also appealed to Jawaharlal Nehru.

Most upper-class Indians sided with the Allies during the First World War (1914–18), even as they cheered on the humiliation of Britain. Despite his internal strife, Nehru reluctantly sided with the Allies, favouring France over Britain.
Over 1 million Indian and Nepalese soldiers served in the Allied forces overseas during World War I, with about 62,000 losing their lives. Many Indian nationalists believed that Britain would make some concessions in exchange for their steadfast support, but they were sorely disappointed.

Jawaharlal Nehru started pushing for India’s home rule as early as 1915, even while the war continued. This meant that, like Canada or Australia, India would be a self-governing Dominion that was nonetheless regarded as a part of the United Kingdom.
Nehru joined the All India Home Rule League, started by a family friend and British liberal who supported Irish and Indian self-rule, Annie Besant. Besant, who was then 70 years old, was such a powerful figure that the British government imprisoned and arrested her in 1917, sparking a massive uprising. The Home Rule campaign ultimately failed, and Gandhi’s Satyagraha Movement, which favoured India’s total independence, absorbed it.

Jawaharlal Nehru began to play a significant role in the non-cooperation movement in 1920. Nehru enthusiastically embraced this Satyagraha-based movement that swept over India. Nehru was detained on suspicion of anti-government activity but eventually released. Nehru refused to join the Swaraj Party, founded by Motilal Nehru and CR Das, after the Congress division that resulted from the abrupt end of the non-cooperation movement after the Chauri Chaura incident. Nehru’s reputation as a charismatic Congress leader was well-established after his release.

The Lahore Congress of 1929 had a significant impact on Nehru’s political career, as well as the story of India’s struggle for independence. Nehru won his first election as Congress president at the age of forty. He announced the pursuit of Purna Swaraj, or total independence, from the podium of the Lahore convention.
After the Lahore Congress, the Civil Disobedience movement was fully started, and Nehru enthusiastically joined the non-violent rallies and picketing that swept the nation. In 1930, Nehru was detained again, starting the second and longest phase of his incarceration. After being freed, he established the Socialist party within the Congress and pushed for stricter, more immediate action.

Gandhi’s first organised act of nonviolent protest was the Salt March or Salt Satyagraha in March 1930, a protracted walk to the sea to manufacture salt. Although Nehru and other Congress leaders were dubious of this notion, it resonated with Indians on a fundamental level and was a major success. In April 1930, Nehru himself evaporated some seawater to manufacture salt, which led to another six-month incarceration by the British.

Nehru entered the Congress Party’s inner sanctum after the passing of his father in 1931, where he grew close to Gandhi. Although Gandhi did not formally name Nehru his political heir until 1942, the Indian people recognised Nehru as Gandhi’s natural successor as early as the mid-1930s.
Gandhi and Lord Irwin (later Lord Halifax), the British viceroy, agreed to a truce in India in March 1931 when they signed the Gandhi-Irwin Pact. It was the culmination of one of Gandhi’s more successful civil disobedience activities, the Salt March, which had been started the year before and during which Nehru had been detained. THIS DAY THAT COLOUR was the symbol of India’s Independence.

Pandit Jawaharlal Nehru remained the hero of his people for the 35 years between 1929, when Gandhi selected him to preside over the Congress session in Lahore, and his death as prime minister in 1964, despite the failure of the 1962 battle with China. Gandhi’s religious and orthodox stance, which during Gandhi’s lifetime had given Indian politics a religious aspect, contrasted with his secular approach to politics.
However, the Sino-Indian War of 1962 exposed Nehru’s delusions about nonalignment. The hollowness of Nehru’s declaration that “Indians and Chinese are brothers” was revealed when Chinese forces threatened to invade the Brahmaputra River region in the northeast due to a protracted border conflict involving the state of Arunachal Pradesh. With his later request for assistance from the West, Nehru effectively abandoned his nonalignment stance. China’s military soon left the area.

Chacha Nehru, or Pandit Jawaharlal Nehru, was intentionally self-assured of his Indianness, but he never gave off the Hindu vibe that clung to Gandhi’s demeanour. He was able to draw India’s younger intelligentsia to Gandhi’s nonviolent resistance movement against the British and later to gather them around him after independence had been won due to his modern political and economic worldview.
Nehru was accustomed to Western thought thanks to his upbringing in the West and his travels to Europe before India gained independence.
Some Inspiring Chacha Nehru Quotes

2. From where did Jawaharlal Nehru complete his studies as a barrister?
A. London
B. Switzerland
C. Belgium
D. Russia

5. In which place did Jawaharlal Nehru organise the first Kisan March?
A. Auraiya
B. Azamgarh
C. Paratpgarh
D. Hathras

7. Which of the following statement is/are true about Jawaharlal Nehru?
A. He insisted on the secular and liberalist approach
B. He imparted modern values and thoughts.
C. He encouraged India’s industrialisation.
D. All the above are correct

8. Which newspaper was started by Jawaharlal Nehru?
A. New India
B. National Herald
C. Both A and B
D. Neither A nor B

10. Name the words used by Jawaharlal Nehru while giving a speech on the eve of India’s Independence?
A. ‘Tryst with destiny.’
B. ‘Freedom for the nation.’
C. ‘Indian Constitution importance’
D. None of the above

1. What is Jawaharlal Nehru known for?
India’s first prime minister upon its independence was Jawaharlal Nehru. In the past, he was a well-known figure in the Indian National Congress, bringing the intellectuals and young people of the nation into the core of the movement.

2. How did Jawaharlal Nehru change the world?
He presided over India for 16 years after the country gained its independence in 1947. Nehru greatly influenced India’s development into a modern nation in the 1950s by promoting parliamentary democracy, secularism, science, and technology.

3. How was Jawaharlal Nehru educated?
In October 1907, Nehru enrolled at Trinity College in Cambridge, where he later earned an honours degree in natural science in 1910. He was interested in studying politics, economics, history, and literature throughout this time.

4. What was Nehru’s Contribution Towards India?
Nehru greatly influenced India’s development into a modern nation in the 1950s by promoting parliamentary democracy, secularism, science, and technology. He kept India from the Cold War’s two blocs in foreign affairs.

5. Who called Nehru as Jewel of India?
Lord Irwin famously referred to Jawaharlal Nehru as the Jewel of India and Manipur as the Switzerland of India. 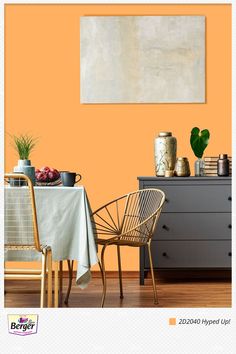 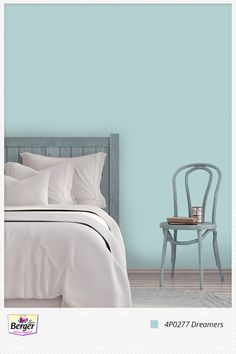