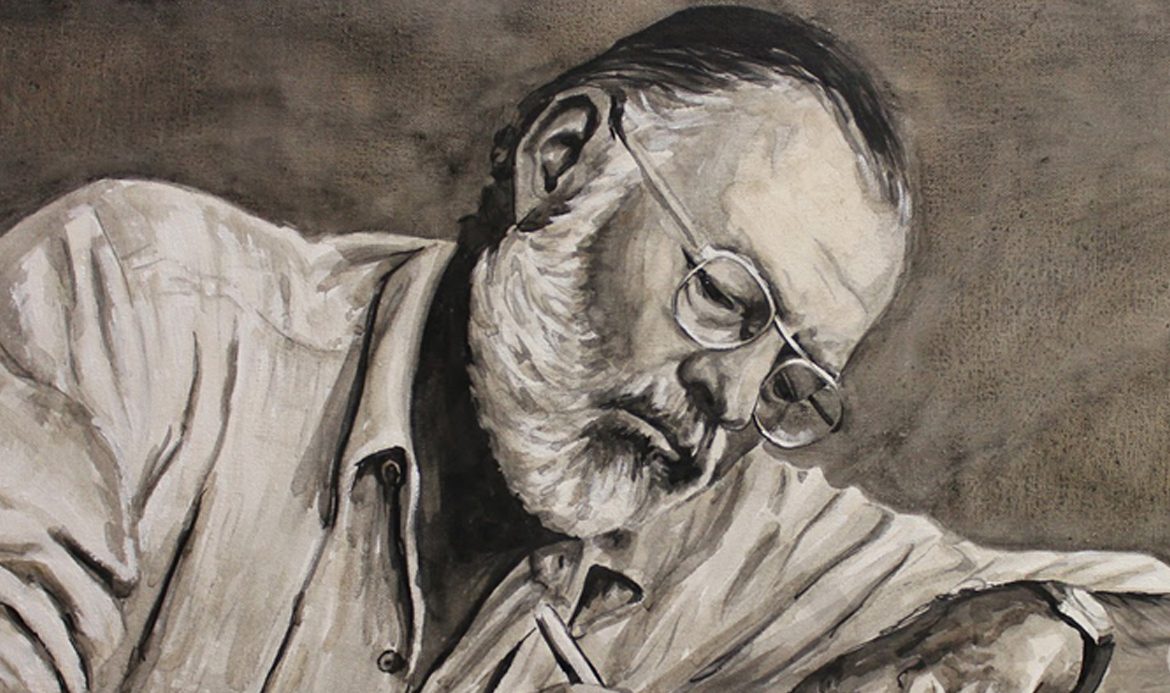 Ernest Hemingway is one of the most influential expat writers of the “Lost Generation” who influenced many later generations. His art was predominantly derived from experiences of war and the recurrent themes in his work were war, love and loss; but the theme which permeates his work throughout is the theme of death. Thus, it is no wonder that Hemingway’s favourite colour is black, a colour traditionally associated with death and other seemingly dark forces. In the proper sense of the term, black is actually not a colour, but an absence of colour linked to the unseen and forbidden. Hemingway portrayed an extremely controlled and authoritarian attitude and wanted to be in total control in all situations, as attributed to the personality traits of the colour black.

When we talk about black the focus is generally on the negative aspects of the colour but there are also powerful attributes of the colour black. Black means the power to survive and hang on without giving in to external circumstances. This attribute was also a part of Hemingway’s life because of which he could achieve success in his professional sphere, despite a controversial life. Black gives you the power to create protective barriers around you and survive despite all odds, giving you willpower so strong, you can stand against all odds and use your inner power to cultivate self-control and resilience.

Hemingway by the later part of his life had gone into depression and was going through a very negative phase battling illness as well as depression. He was a man who gave the utmost priority to survival, so when he lost his memory, it was more than he could take and he unfortunately decided to take his own life. Like the rest of the Lost Generation, Hemingway was believed to live a life of self-denial, perhaps his writings were an effort to retreat and hide from the real world. Black provides a haven to hide behind it as you look for your true identity. Black symbolizes emptiness from which anything may emerge, and that was how Hemingway’s life was like, full of mysterious polarities providing a sense of mysterious potential and infinite possibilities.

Can this be purchased?

This is very nice.