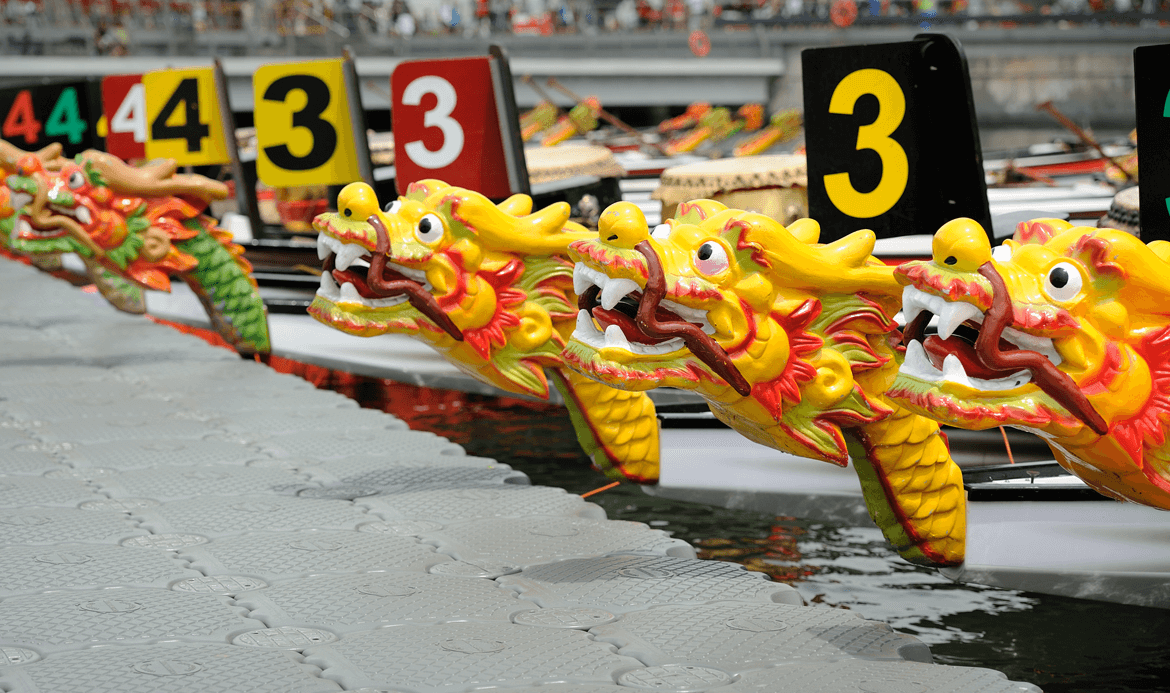 In the Republic of China, the Dragon Boat Festival was celebrated as “Poets’ Day” in honour of Qu Yuan, who is considered China’s first poet. The festival occurs on the fifth day of the fifth month on the Chinese lunar calendar. The festival’s roots lie in tragedy as it is believed to originate from the legend of people paddling out on boats to seek this poet’s body, who drowned himself in the Miluo River in 278BC to protest against the Qin state’s invasion of his patch, Chu.

Hearing this, the people flocked to the river to try and save him by throwing silk-wrapped dumplings into the river to feed the fish, keep them away from his body. This tradition is still followed today.

To mark the event, dragon boat races are also held across the globe and there are re-enactments of villagers paddling to rescue Qu Yuan. The boats are made of wood and are shaped and colourfully decorated in the form of a Chinese dragon. The boat size varies according to the region. Usually, it is around 20–35 meters in length and requires 30–60 people to paddle it. During the races, the teams paddle harmoniously, along with the sound of beating drums.

The race is won when a rower straddles his craft’s dragon head and grabs the flag. It is said that the winning team will have good luck and a happy life in the following year. The Chinese folk throw bamboo leaves filled with cooked rice into the water.

Today, it is customary to eat tzung tzu and rice dumplings. Spectators eat zòngzi (triangular dumplings made of glutinous rice wrapped in bamboo or reed leaves) in memory of the rice that was given as an offering to the noble poet’s ghost. The party continues after dark with traditional dragon dances and bursting of firecrackers.

This competition is also dedicated to the God of Water. Since the day is considered as the poisonous and most evil day of the year, which also marks the beginning of summer, aromatic pouches made of silk or cotton are filled with fragrant herbs and given to children to prevent illness. The herbs calamus, mugwort and moxa are hung from front doors and pictures of Chung Kuei, the demon slayer, are pinned up to prevent disease and ward off misfortune. This festival is the most international of all festivals in China and is celebrated by both Chinese and tourists alike!