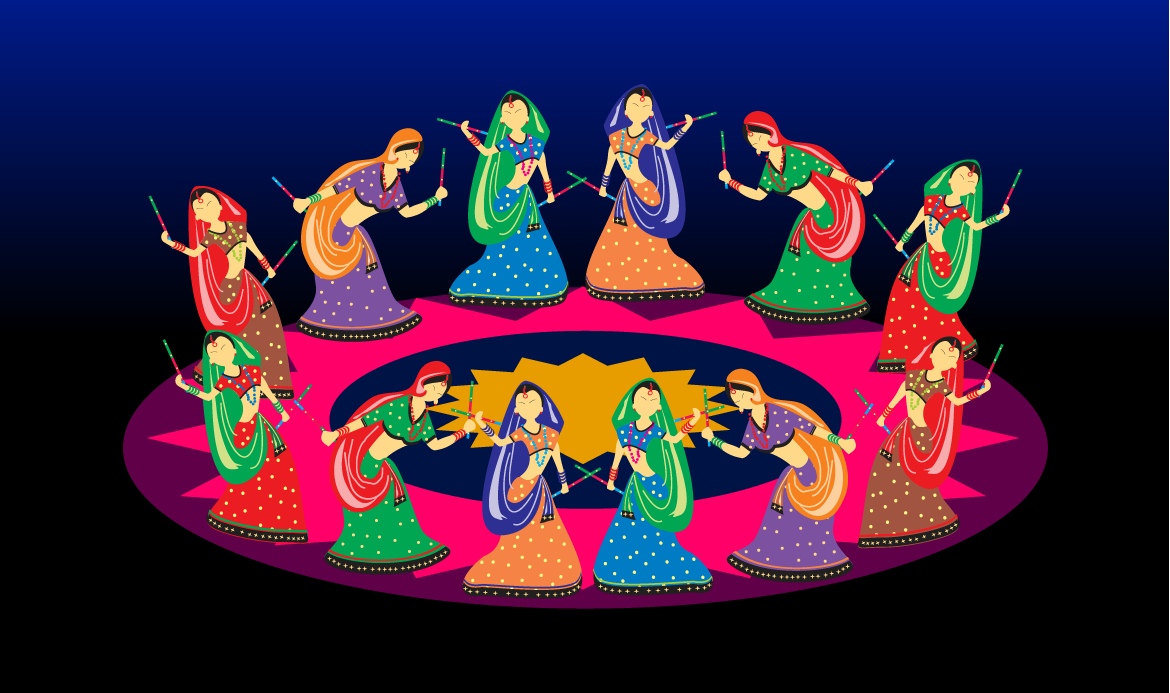 We spoke about colours associated popularly with the Goddesses worshipped during Navratri in our earlier blogpost. Read on to know what the devotees wear on these nine nights of Navratri…

Navratri is dedicated to worshipping Goddess Durga and her avatars. It is celebrated for nine nights and nine forms of the Devi are worshipped. On Navratri, each Goddess of Navadurga is worshipped and devotees dress up in nine different colours on each day of this colourful festival.

Shailaputri Maa is the first amongst Navadurga who is worshipped. The colour that devotees are supposed to wear on this day is Yellow.

Brahmacharini is the second form of mother goddess who is worshipped on the second day of Navratri. Green is the colour of the day for her devotees.

Chandraghanta is the third appearance of the goddess who symbolises serenity, peace, beauty and bravery in a person’s life. The colour of the day for her devotees is Grey.

Kushmanda is the fourth avatar of goddess that is worshipped on the fourth day of Navratri. She is known as the creator of the universe. The colour for this day is Orange.

Skandamata is a face of Maa Durga known for demolishing the demons. This day is called the Panchami and her devotees are supposed to wear White.

Katyayani is worshipped on the sixth day of Navratri. She is known as the avatar of Goddess Durga. Red is the colour of the day for her ardent devotees.

Kaalratri is the seventh figure of Goddess Durga and is believed to protect all her devotees from evil and grant them with happiness and freedom. Maha Saptami is the beginning of Utsava Puja and the colour of the day is Blue for all.

Maha Gauri is worshipped on the eighth day and is known for forgiving the sins of her devotees and helping them get purified. On this day, Saraswati Mata Puja is done and people are supposed to wear Pink.

Siddhidatri is the form of Maa Durga for the ninth day of Navratri and she is believed to have supernatural powers. The Maha Navami puja is done. Kanya puja is also done on this auspicious day for females. Purple is regarded as the colour of the day for all her devotees.