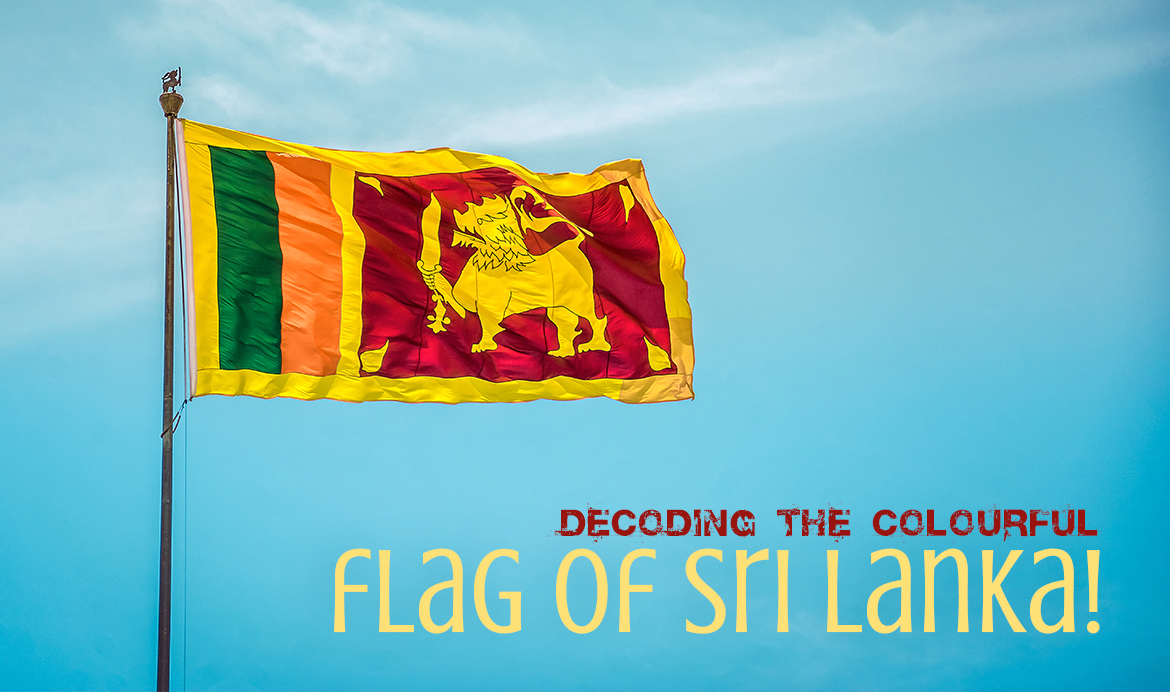 We spoke about the flag of Ethiopia the last time. We have picked the colourful flag of Sri Lanka this time. Read on to know everything about it…

When Vijaya, the first King of Sri Lanka came to Sri Lanka from India in 486 BC, he brought with him a flag with a symbol of a lion on it. From that time onwards, the lion symbol has played a substantial role in the history of Sri Lanka.
In 1948, the flag was adapted as the national flag of the Dominion of Ceylon. However, the flag underwent plenty of changes in 1953 and again in 1972. During the same year, four leaves of the Bo tree were put on the four corners of the Sri Lankan National flag under the direction of Nissanka Wijeyeratne. Prior to 1972, the corners of the flag had symbols depicting spearheads.The four Bo leaves added by Wijeyeratne reflect the fundamental principles of Mettha (loving kindness), Karuna (compassion), Upeksha (equanimity) and Muditha (happiness).

The flag was officially adopted on December 17, 1978. In this version, the green represents Muslims while the orange represents Hindus. The distinguishing mark of the Sri Lankan flag is the golden lion with its right fore-paw holding a sword, giving it the name of ‘Lion Flag’. The lion is set on a crimson background with one golden bo (sacred fig) leaf at every corner. In general, the lion represents bravery, but every design holds a meaning within the golden lion. The curly hair of the lion represents meditation, religious observance and wisdom. The beard represents purity of words; the nose, intelligence; the fore-paws, purity in handling wealth. The sword that the lion holds represents the sovereignty of the country. The handle of the sword stands for the four elements namely air, water, earth and fire.

There are two vertical stripes of the same width and length in green and saffron, the green stripe closer to the hoist, on the left. Between the stripes and the lion, and around them are yellow borders.The crimson background represents the other minority religions and groups, including the European Burghers. It also refers to the country’s rich colonial heritage. The yellow border represents other ethnic groups in Sri Lanka, the Sri Lankan Malays.
Together, the lion and the maroon background represent Sinhalese ethnicity and the strength of the country.
Stay tuned for more interesting trivia in our Colour and Culture series!