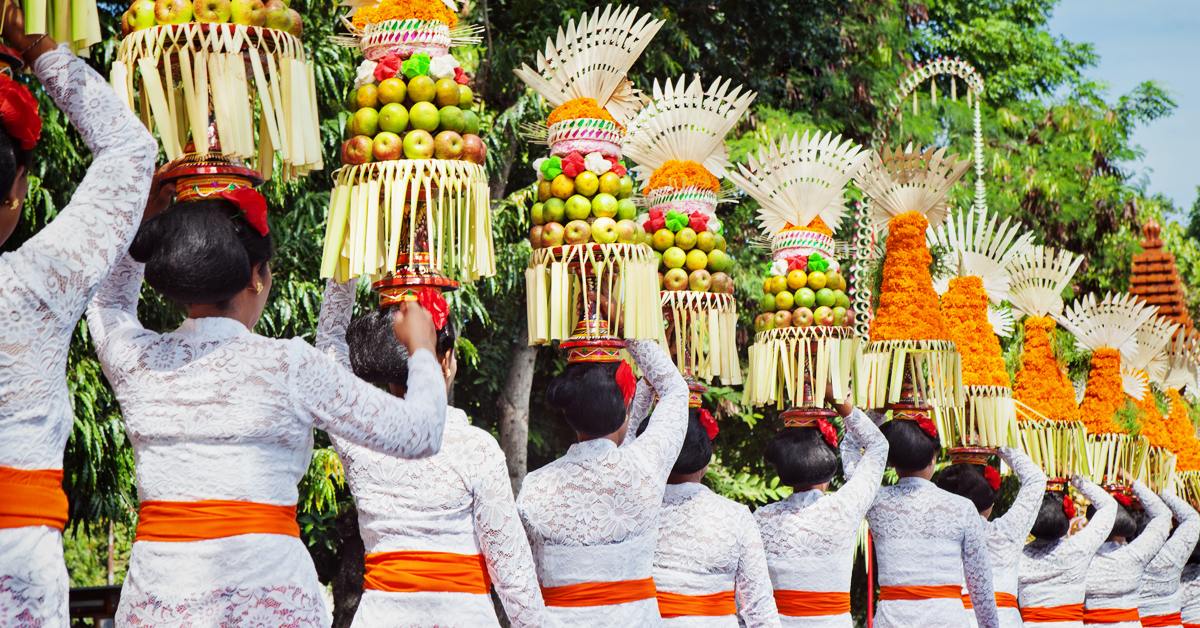 Posted on April 4, 2017January 17, 2019Categories This Day That ColourLeave a comment

This may not be common knowledge but while the country of Indonesia follows Islam and then Christianity as the predominant religions, the island of Bali is 83% Hindu. This means that the Balinese people follow a lot of concepts prevalent in Hinduism and have a lot of festivals built around Hindu traditions and beliefs too.

One of these is Galungan and Kuningan. Much like the Hindu festivals of Diwali or Holi, Galungan marks the victory of Dharma over Adharma meaning the victory of honest duty and good over falsehood and an undutiful way of life.

The festival is usually celebrated in April and then again, in November. It begins on the Wednesday (Buda) of Dunggulan, the 11th week of the 210-day Pakuwon calendar, thus meaning there are two celebrations. It marks the time when the ancestors and their spirits visit Earth till the last day of the festival, which is called Kuningan when they leave again for their heavenly abode. The festival also honours the almighty creator of the Universe, Ida Sang Hyang Widhi.

According to local legends, Galungan commemorates a Balinese victory that involves Indra and the Balinese king Mayadenawa, who didn’t let his subjects follow Hinduism. The battle raged in Tampaksiring, Gianyar, where the king was defeated at last. The site where he is believed to have he bled to death is now the current-day site of the Tirta Empul Temple. The Balinese and Majapahit armies honoured Indra as their victorious lord, commemorating the defeat of the king as Galungan; signifying Dharma’s victory over Adharma.

In modern times, this festival is celebrated in a big manner with much splendor. The streets of Bali are beautifully decorated with coconut leaf, fruits and flower bedecked bamboo poles known as ‘penjor’ lining them on both sides. The festival traditionally involves the slaughtering of pigs for communal feasts and religious sacrifices, while other delicacies like rice cakes, satay, etc. are also prepared. During Galungan, a ceremony known as Ngelawang is performed in every village. Ngelawang is a ritual to expel all evil, which is performed by a “Barong”. The barong is invited into all the houses in the area as he makes his way through the village. The residents of the house pray before the barong who then gives them a piece of his fur as keepsake and to help dispel negativity from their home.

The Balinese people celebrate the festivities in brightly coloured costumes made of natural fibers. The Kebaya worn by women is traditionally white in colour and they wear vibrant sashes around their waists. But the festival is mainly associated with a triad of colours: red, white, and black referred to as Tri Datu. They represent the Hindu trinity of Brahma, Vishnu and Shiva. These colours are seen everywhere during the festival; on homes, temples, buildings and areas where related rituals take place. During the festival, the Balinese wear red, white and black coloured threads on their wrists, ankles and heads to impart physical and mental strength. 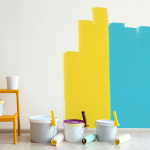